This search form uses an instant search feature. As you type, search results will appear automatically below the search field. When you've entered you desired search terms use tab to navigate through the available results and hit enter to open the selected page or document.

There will be two ticket entrances.  One on the WEST and one on the SOUTH.  Ticket takers will be wearing masks, gloves and a yellow vest.

Visiting fans will park on the street on HILDAS or STAFFORD street and enter through the WEST entrance, and sit on the SOUTH sideline.  Home fans will enter on SOUTH and will sit on NORTH sideline. Maintain 6’ distancing between family groups.

We have one set of restrooms for everyone.  Restrooms are regularly disinfected.

One concession stand. Strongly encourage social distancing while in line to get food.  If food is brought for the visiting team for a post meal, the food needs to go directly to the bus and will NOT be allowed to be brought into Nebraska Lutheran.

At this time, no pep bands for the visiting school. Nebraska Lutheran does not have a pep band

Face Coverings are NOT required but are strongly encouraged.

Post-game - Parents and spectators are NOT allowed on the football field after games. Fans are expected to leave immediately after the game.

All home games will be streamed on striv.

All players will have their own water bottle and towel.

All officials will have a water bottle provided by the home team.

All players and coaches will social distance as much as possible on the sidelines.  Any additional sideline personnel must wear a mask.

No shaking hands before or after the game.

Sanitizer and cleaning supplies will be placed on both sidelines.

Each team will dress and shower in their respective locker rooms.

Officials will have their own locker room and shower.

Locker rooms will be disinfected before and after the game. 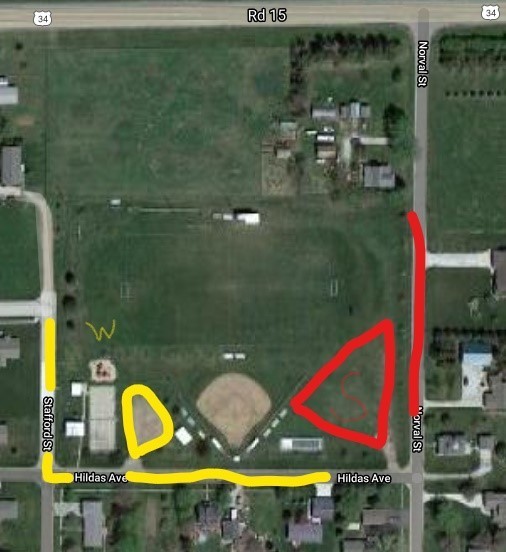